The curious case of the Covid-19 property boom

The curious case of the Covid-19 property boom

Zoomtowns, and new opportunities for first-time buyers and second homes...

What are we to make of the Covid-19-inspired house price boom of 2020? Are we witnessing the first flocks of professionals fleeing the major centres into so-called Zoomtowns? And, if so, does that mean we’ll soon see rural South Africa revitalised and modernised into dorpies abuzz with free Wi-Fi and lattés? Or are other forces at play, fuelling what has been a lacklustre property market? What follows is a look at industry statistics and insights to try and figure out what this means for you.

This is what we know

Despite expectations at the beginning of 2020 that the residential property market would be lacklustre at best, the year proved to be a blockbuster of note. This was true of most real estate markets around the world as those who could afford it were escaping high-density Covid-19-infected cities for more remote locations.

Domestically, though, the motivation to buy a property in 2020 was almost certainly inspired by the cut in interest rates to 50-year lows. Suddenly, prospective first-time homeowners could afford to buy a home that had previously been out of reach. Families with the means could buy a second home at the coast.

Whatever the motivation to buy a property in 2020, all this activity pushed house prices across the country to grow at an average of 3% by the end of December. This pace has accelerated since to 4.6% at the end of April 2021.

Property analysts Lightstone believe that the frenetic activity could be Covid-19-inspired, but also due to pent-up demand. The 2 years leading up to 2020 had been uninspiring for the property market, with low consumer confidence tempering demand and keeping house price inflation hovering at just above 2%.

But as soon as rates were cut, this apathy appeared to turn to exuberance as consumers suddenly found they could afford their dream homes.

With rates at historic lows, the differential between paying rent and paying a bond is also much smaller and often enough to justify buying a property. But, rather than jumping into the more affordable price bracket, Lightstone reports that more first-time buyers are choosing homes in the middle to middle-upper price bracket (R700,000 to R1,5 million).

A fair number of corporate jobs locally continue to be done from home, for now


These shifts, Covid-19 effects aside, point to deeper changes in the demographics of the residential property market and the economy. Lightstone says interest in this price bracket shows that first-time buyers are more ambitious and that many are choosing to be close to work rather than opting for developments in or near townships. More importantly, their ambitions are being fuelled by formative salary levels that are growing quicker than inflation.

Not surprisingly, coastal locations have been popular with families able to capitalise on the remote-working phenomenon. According to reports, the northern KwaZulu-Natal and southern Cape coasts have seen most of the action.

Statistics published by Lightstone at the end of May 2021 show a far more marked increase in house-price inflation in coastal locations than inland. Prices had been flagging in both localities ever since the end of 2017, but this trend was rapidly reversed last year with coastal prices quickly overtaking inland price inflation.

This led coastal house prices to grow by 6.2% in the 2020 calendar year compared to 4.7% inland. It would seem then, that maybe the remote work migration story does ring true if there’s more interest in coastal towns.

But details from the sales records at the deeds office might tell a slightly different story. Lightstone reports that the 50-64 age group dominates coastal sales, with more than 2,100 real estate deals compared to the 24-40 and 41-49 age groups that each recorded around 1,500 sales. The combined purchases by the younger age brackets might support the Zoomtown theory, except that sales are no higher than the previous year.

So, we’re all moving to the countryside?

The problem with poring over these numbers is that there are not yet clear enough signs to indicate that we're seeing a mass (or even significant) exodus to rural South Africa.

Take, for example, figures from Lightstone on the movement of people from metros to rural areas. This number has actually been declining from almost 4,300 in 2018, to about 4,000 in 2019 and just more than 3,500 in 2020. True, the full effect of 2020 may not yet be evident, but these are rather modest numbers of 12,000 households relocating to the countryside… over 3 years. This hardly seems sufficient to upset or change the property market irrevocably.

What does this mean for you?

The fact that we’re not yet seeing a mass migration out of urban areas is not necessarily a bad thing. Nor is it bad that our patterns don’t mimic what’s happening in countries around the world with vastly different environments and economies.

A fair number of corporate jobs locally continue to be done from home, for now. How long that will last is anyone’s guess, but the expectation is that office life will return. This will no doubt please the many office workers who relish mingling with their colleagues daily. Those who can work from home may choose to continue doing so. It’s anyone’s guess, and Lightstone’s guess offers some interesting forecasts of what we can expect.

It has suggested 3 possible scenarios that could play out this year. If pent-up demand works its way out of the market, then house price inflation could drop to pre-Covid-19 levels of around 2.1%. This scenario is also likely if the economy struggles to recover in the aftermath of the pandemic. But house price growth of 4% is achievable if the economy returns to pre-pandemic levels followed by muted growth over the long term.

In the third scenario, house price inflation could climb to 5.2% but not because of strong economic growth. Rather, this would be driven by demand for residential housing, particularly in the luxury segment, if lockdown life increases.

Should you stay or should you go?

Where you live, the lifestyle you desire and the upbringing you want to offer your kids: these are but some of the life-changing decisions you’ll have to make if remote working is a possibility. Naturally, it always pays to do your research if you’re serious about relocating. The initial urgency to move to a remote location is less pressing now, so when lockdown conditions allow safe travel, take your time to visit the idyllic places you’ve heard so much about.

And do so with a practical mindset to assess the availability of everything from shops and entertainment to schools and medical facilities. If the idea appeals to you, you’ll find every reason to convince yourself it’s the right move. So do it.

The broader conversation over whether you should buy or not – never mind where – has to be about the prospect that inflation and interest rates are going to climb. This is already evident in figures reported from around the world, and is mirrored in South Africa’s faster-than-expected recovery in 2021.

The implication is that affordability rates will be affected as the prime rate climbs back up. Fortunately, the increases are expected to be made at a more sedate 0.25%, meaning the impact on households should be fairly muted.

On the R1 million bond example used earlier, monthly repayments would increase by only R151 if a 0.25% increase was announced. Any decision on buying a property now should therefore be framed in the context that rates are only going to rise from now on. We certainly can’t expect rates to decline below the historical lows of the past year.

Ironically, it seems the penalty for recovering from 2020’s stalled economy will be rising interest rates. Fortunately that rise is expected to be moderate, keeping rates at lower levels for longer. This is always good news for prospective homeowners, whether they live in a Zoomtown or Cape Town.

Don’t overcapitalise if you build or renovate

Avoid spending spend more on your home than it will eventually be worth. 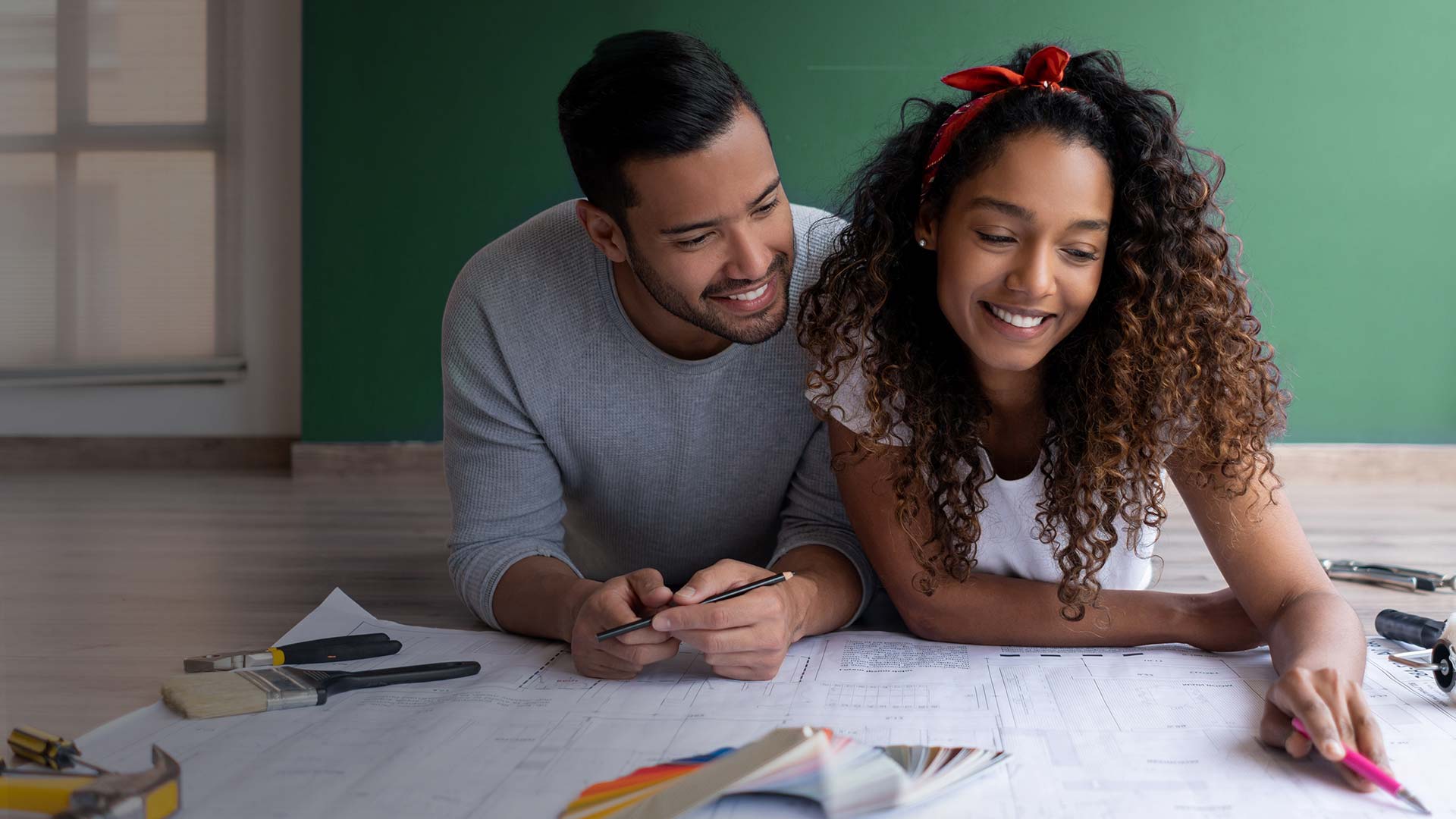 Don’t overcapitalise if you build or renovate

Avoid spending spend more on your home than it will eventually be worth.

Should you buy your own home?

With interest rates at historic lows, here’s what you should think about... 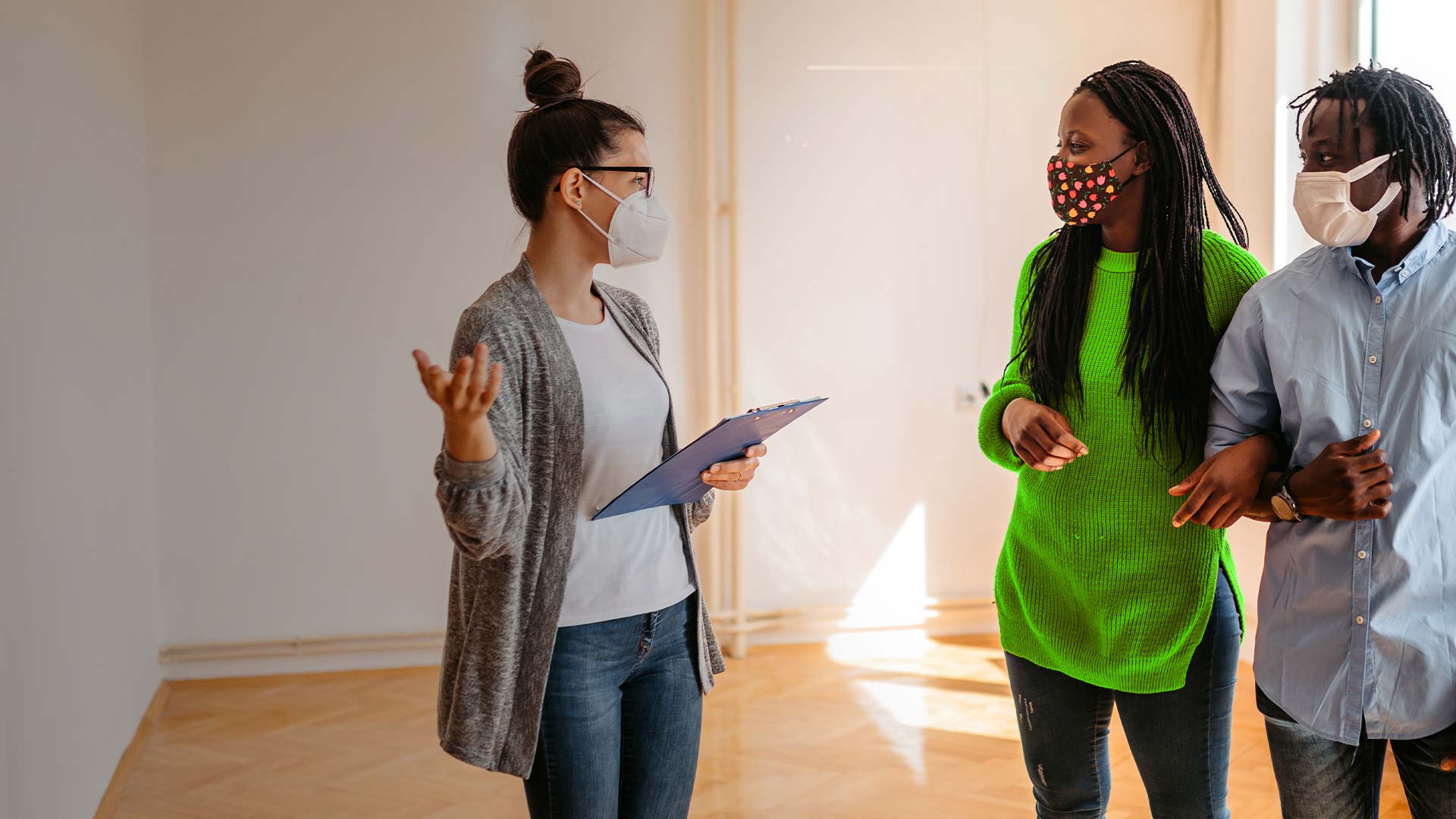 Should you buy your own home?

With interest rates at historic lows, here’s what you should think about...

Why having an NHBRC builder is essential 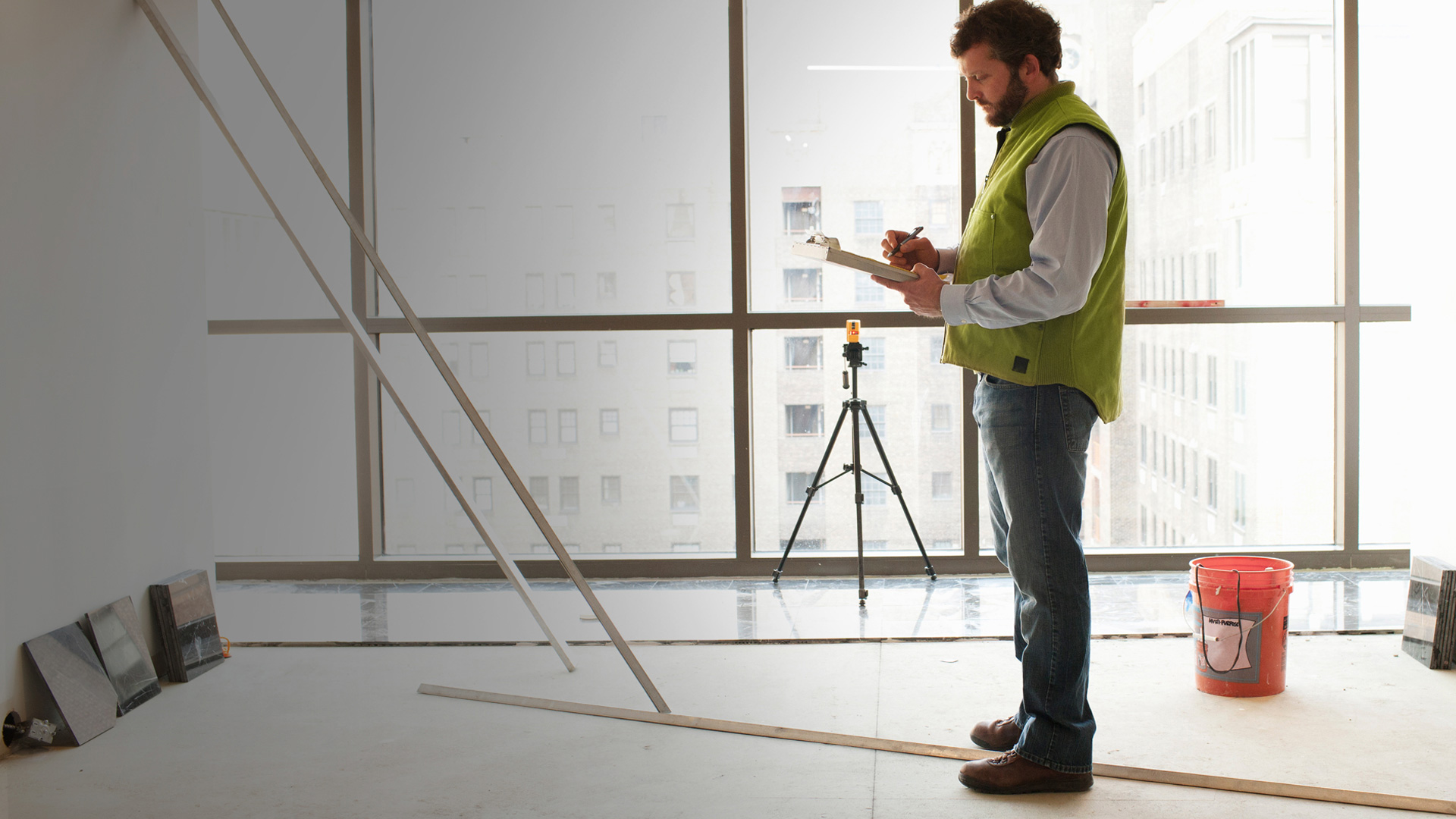 Why having an NHBRC builder is essential

So you’ve found the home you want – what now?

Finding a dream home takes time. Being prepared means you can act quickly. 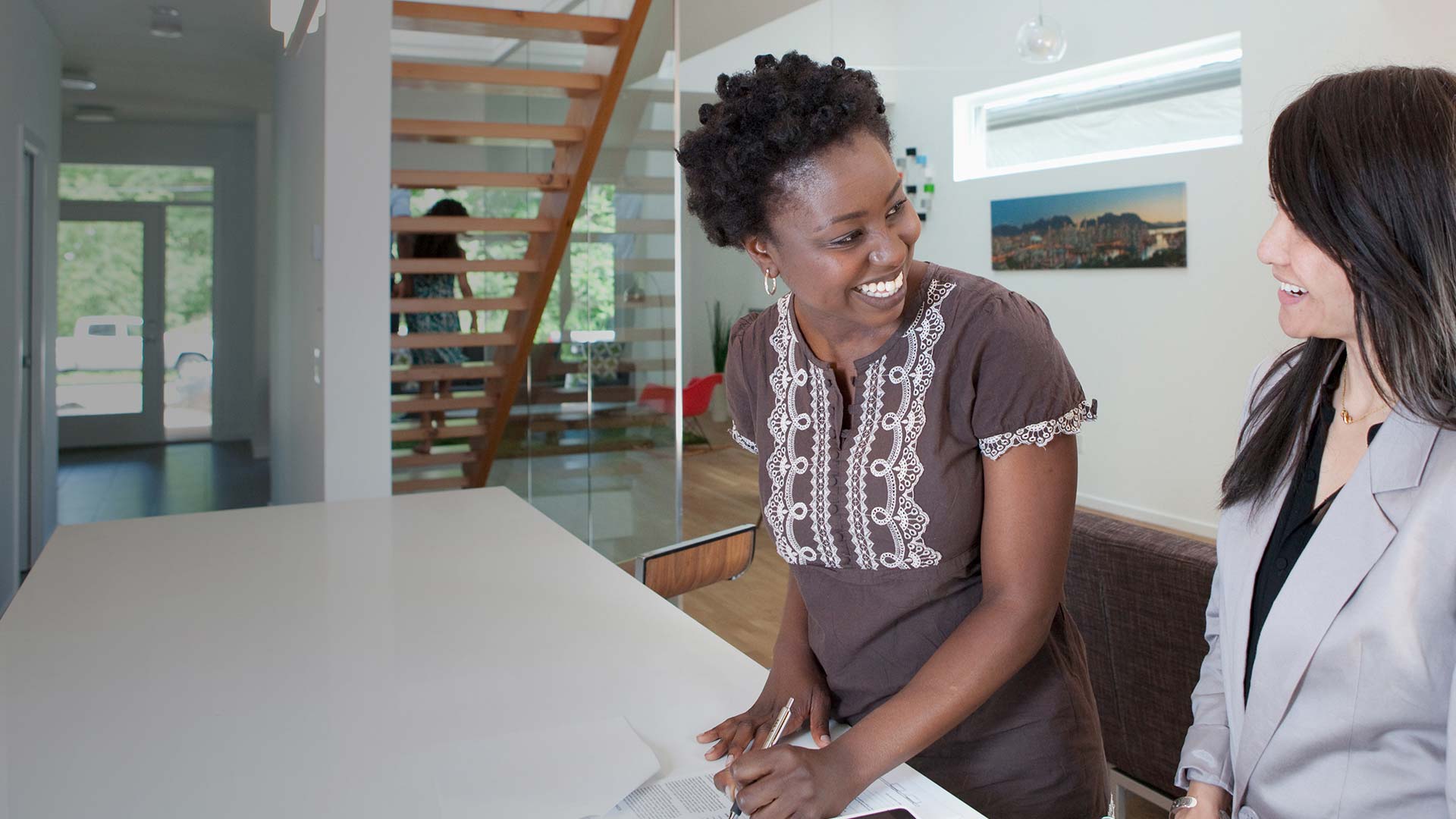 So you’ve found the home you want – what now?

Finding a dream home takes time. Being prepared means you can act quickly.

How do you know your home will keep its value?

Your home is not only your family’s safe haven, it’s also an investment. 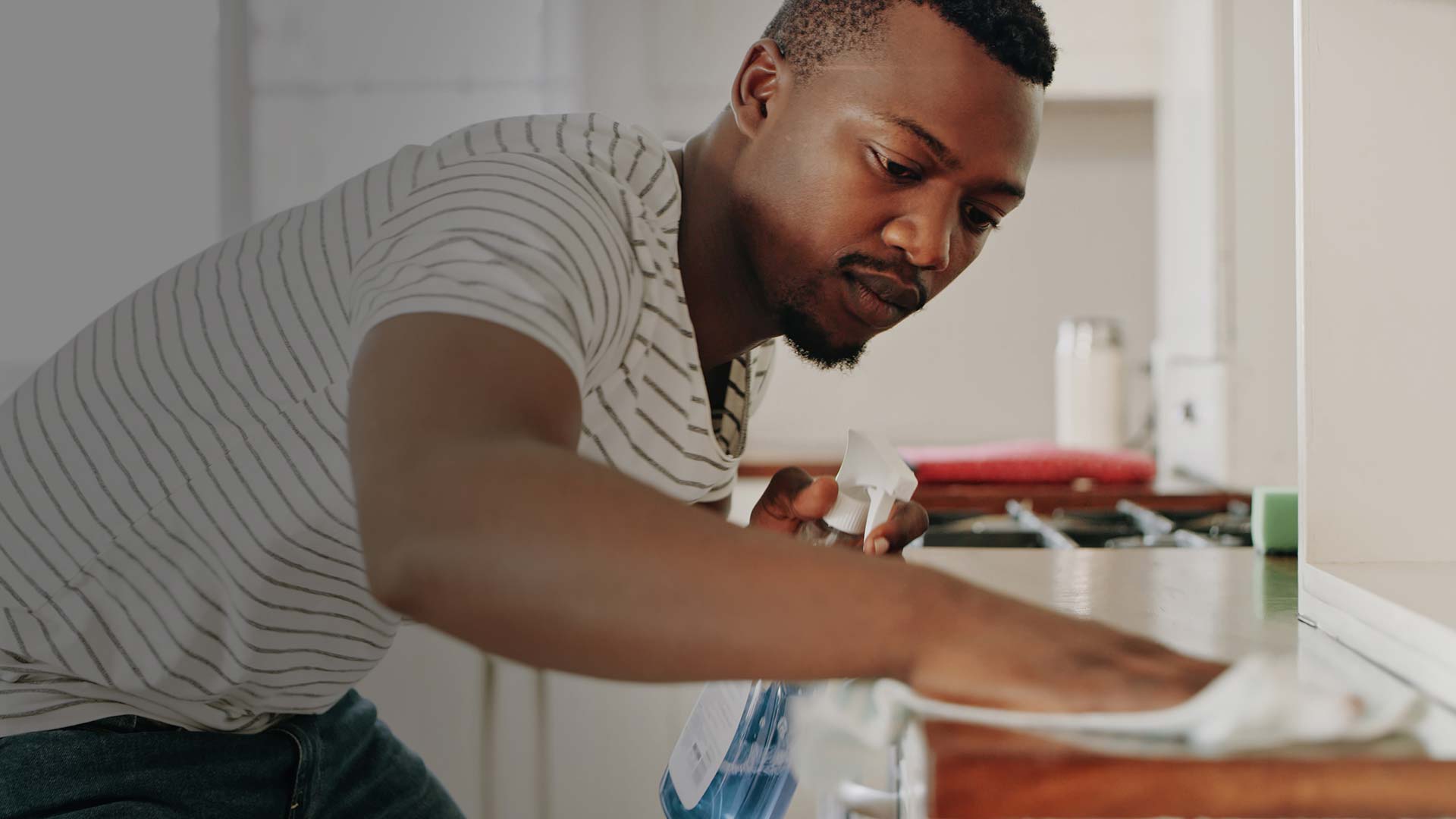 How do you know your home will keep its value?

Your home is not only your family’s safe haven, it’s also an investment.

What is a building loan and how does it work?

With a building loan you can build or renovate your dream home. 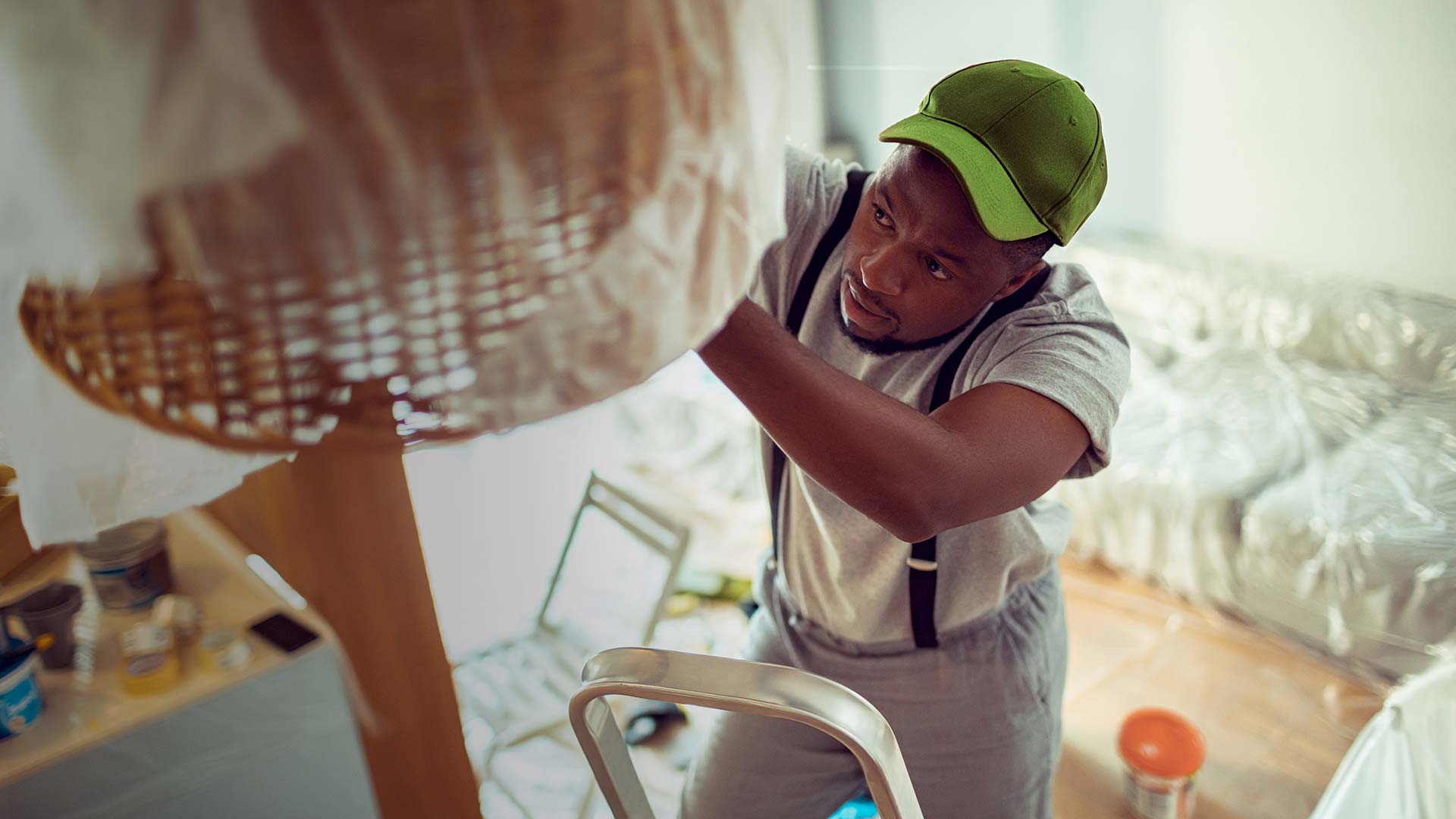 What is a building loan and how does it work?

With a building loan you can build or renovate your dream home.

How to calculate what size home loan you can afford

Paying for something over 20 years? Best be sure about the numbers. 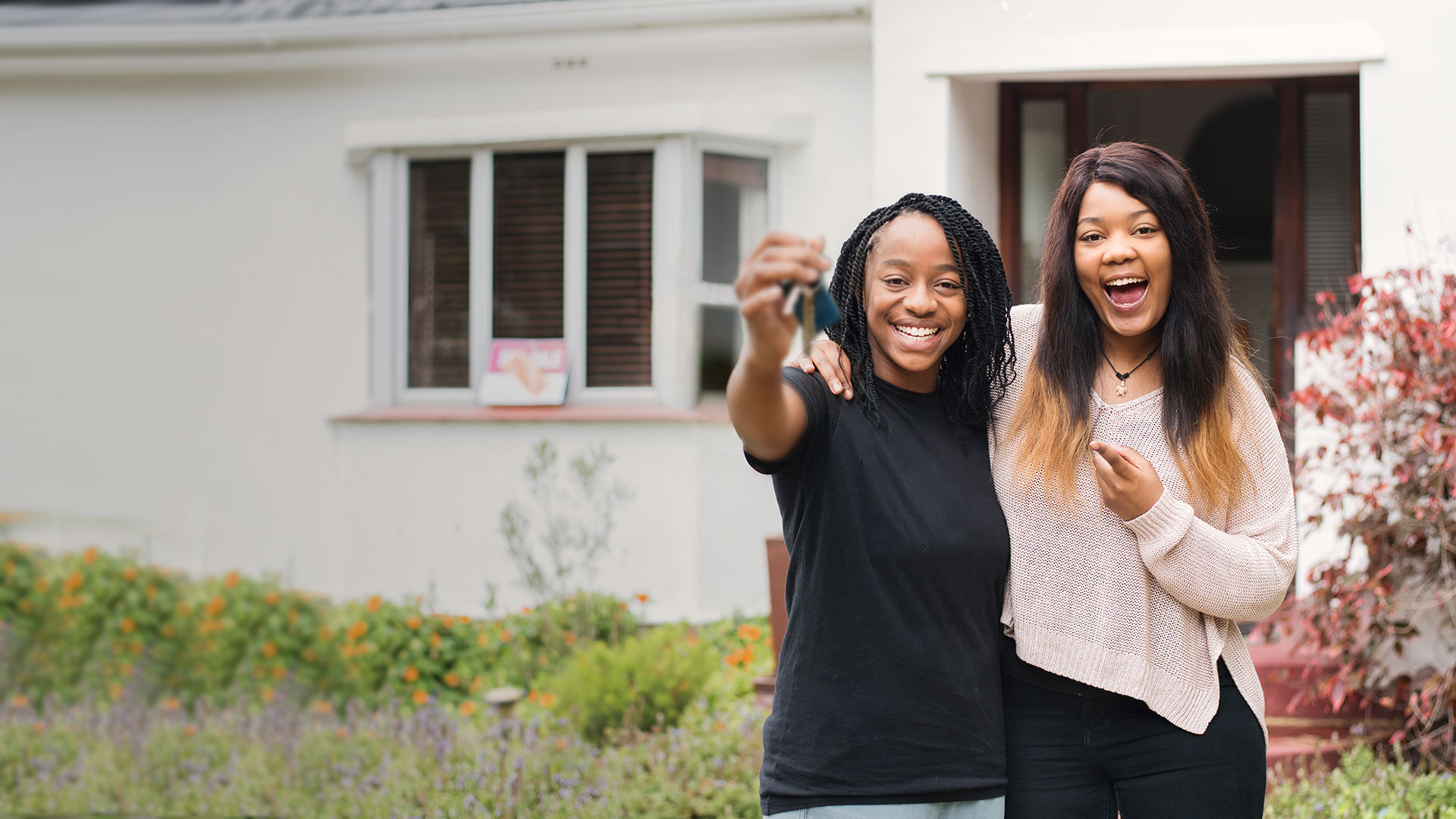 How to calculate what size home loan you can afford

Paying for something over 20 years? Best be sure about the numbers.

Cooped up in your crib? Join the global revival in lockdown home upgrades. 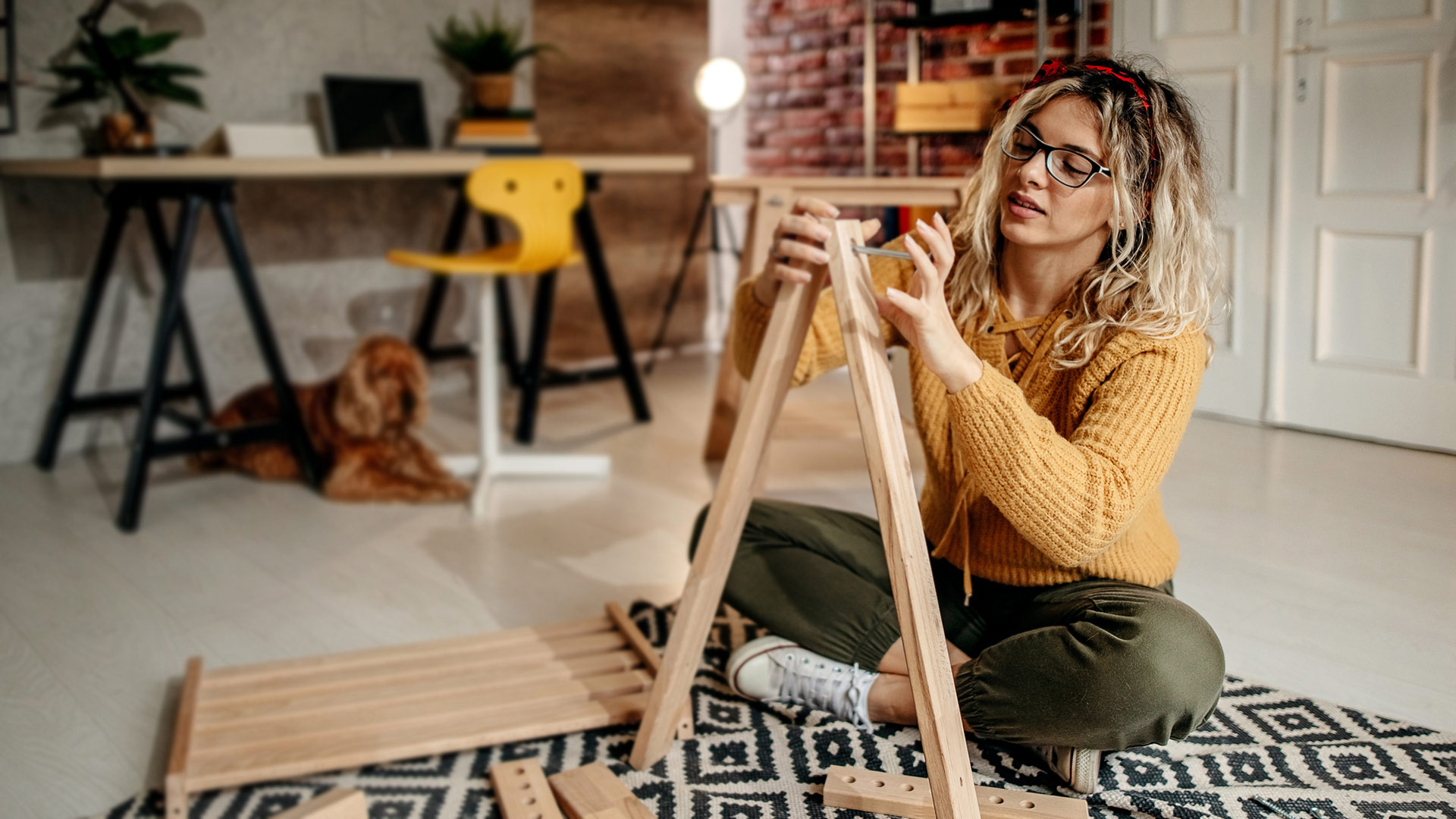 Cooped up in your crib? Join the global revival in lockdown home upgrades.

When is the right time to buy a home?

Before you decide to buy, do some research on the property market. 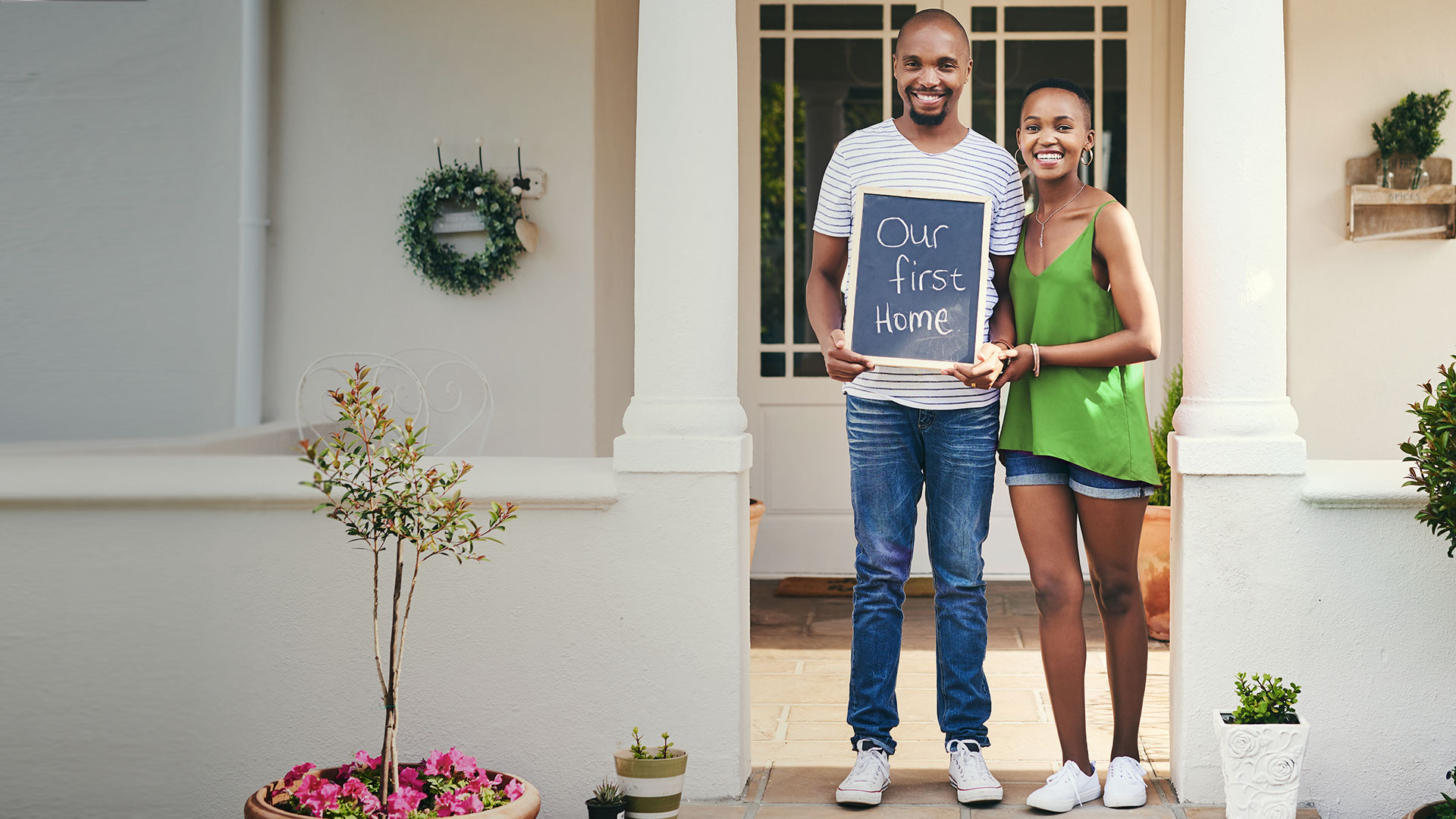 When is the right time to buy a home?

Before you decide to buy, do some research on the property market.